As we walked around McLeod Ganj, India we often saw people praying over long strands of beads, repeating the mantra “Om mani padme hum” as they held each bead.  We were told by a monk that repeating the mantra is a way of offering wishes for the well-being of all living creatures.  Traditional buddhist prayer beads often have 108 beads, and serve as a way of counting the prayers recited.

The 108 cups  were created over several months in a process that often felt meditative because of its repetitive nature.  “Throw, trim, stamp, fire, glaze, fire”  was the mantra.  The resulting vessels, a way of offering homage to the people and culture of India, and nourishment to those who drink from them. 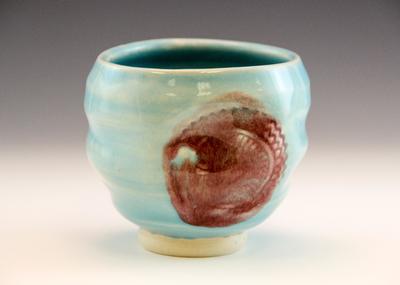 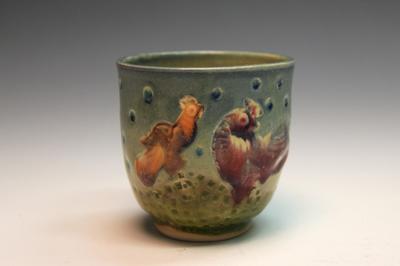 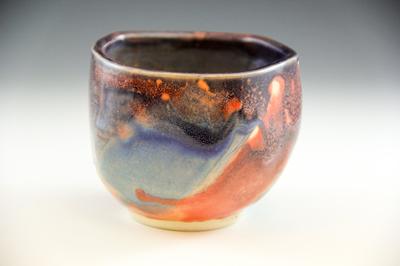 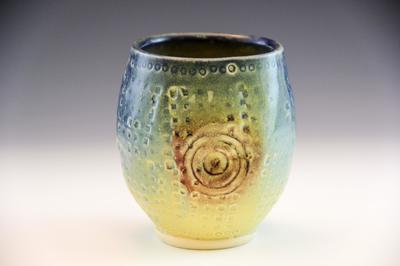 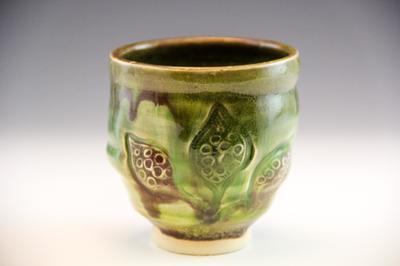 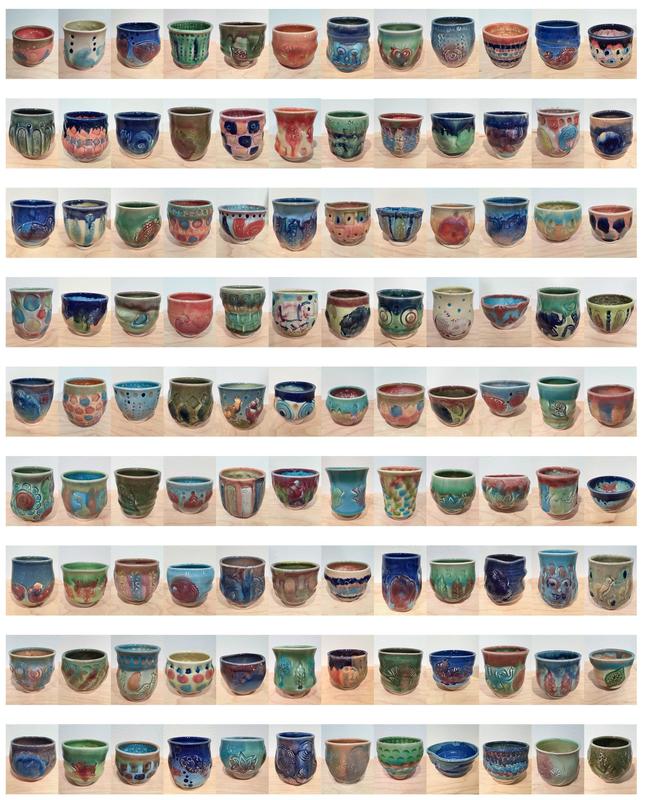